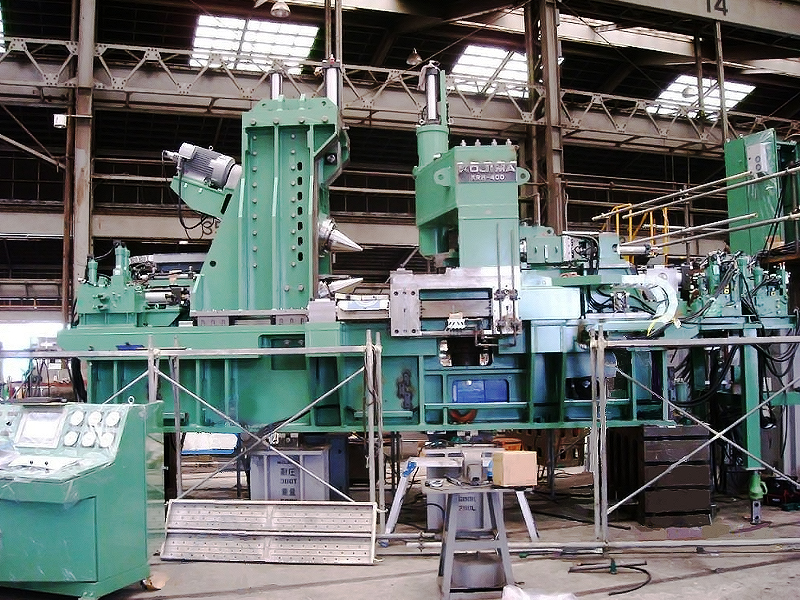 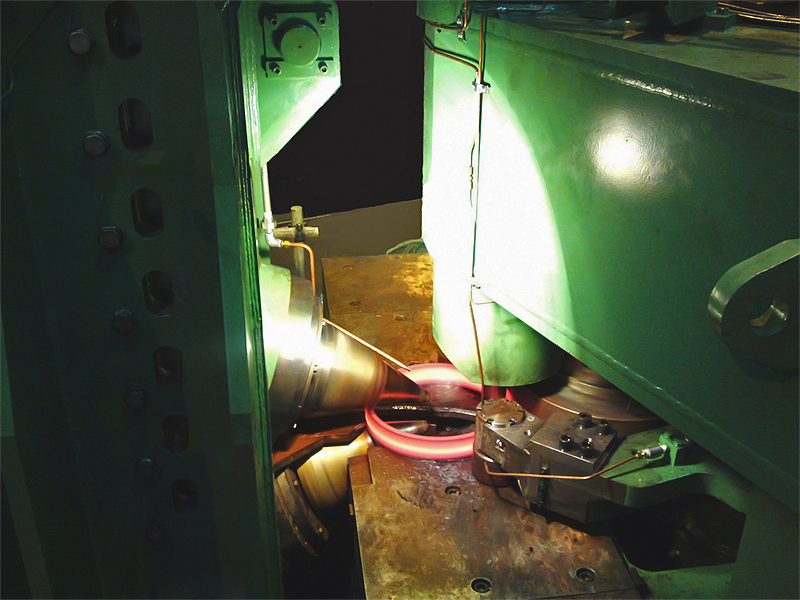 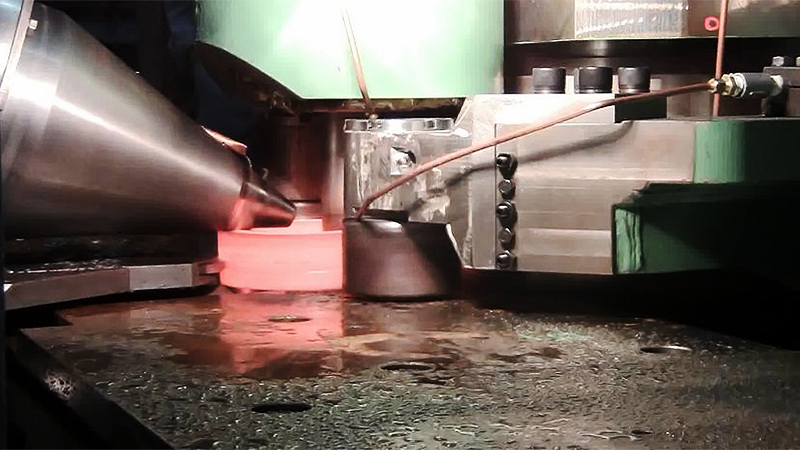 Stabilizing the leveling of rolling table

The relative leveling between “rolling table“ which supports rolling by mounting work and lower edge roll affects the process of rolling rings greatly. This leveling operation used to be done by manually bolt adjusting method in the past. However, this method takes long, work efficiency is not good, and it was a problem to gain a stable quality.
In our machine, a gradient plate for leveling is moved back and forth by hydraulic from operator room, clamping mechanism is installed, and thereby the remote control operation is enabled.

The motor for edge roll which is capable of changing speed used to be DC motor in the past but It was difficult to procure in general and the maintenance was not easy.
We made AC motor as the standard as its inverter control method is good in control and applicability.

We adopted the forced driven method for top and bottom edge rolls to prevent swelling or rolling up generated in rolling with ring rolling mill and lifting often generated in initial stage of rolling. It enables to improve the circularity, suppress the generation of fishtail or depression at the edge of rings, and thereby reduce the allowance.

A special mechanism is installed to the edging roll; the edge rolls are installed to bearing sleeves by taper engagement so that only the edge point part is changed, which enables to attach and detach by a few minutes.
Also, the angle of edge rolls is 40 to 45° so that it stands axial load sufficiently.
Also, you can decrease the time for replacing, secure the safety of operation, and reduce the material cost by adopting separate type edge roll (In the process of applying its patent.) by which you can replace top parts only .

New control system in which the pressure and position control are built enables to always maintain rings symmetrical to axis during rolling. This ensures superior circularity.

The structure for main axis part in which main roll is built is made into an integrated unit with top and bottom bearing and coupling, which is easy to attach and detach. You can decrease the time for changing main roll and operate. The top shim enables to adjust level easily too. 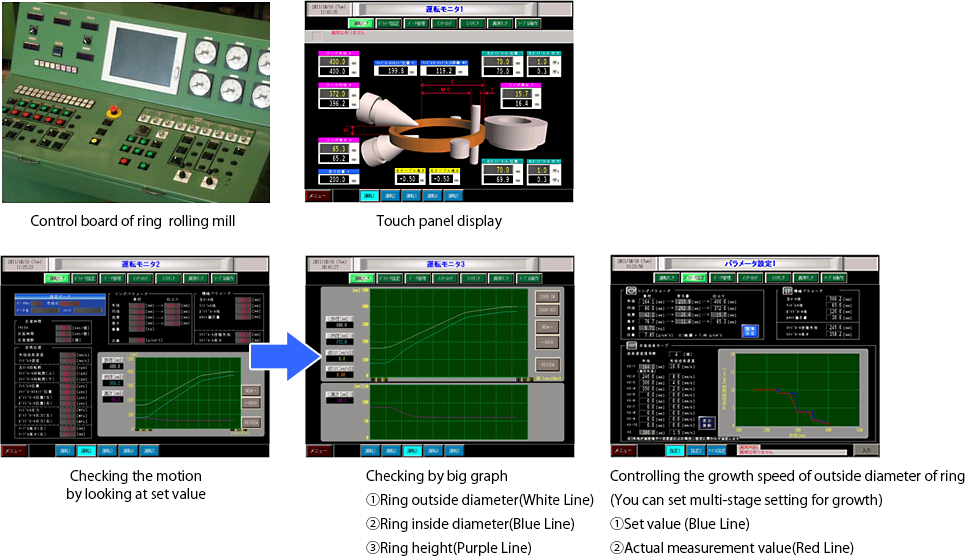